SACRAMENTO, Calif. (AP) — The nation’s most populous state is shrinking.

California’s population has shrunk again in 2021 for the second consecutive year, state officials said Monday, due to a slowdown in births and immigration coupled with an increase in deaths and people leaving. the state.

With approximately 39,185,605 residents, California is still the most populous state in the United States, putting it far ahead of Texas, which has 29.5 million residents. But after years of strong growth California has moved significantly closer to the 40 million mark, the state’s population is now roughly back to where it was in 2016 after shrinking by 117 552 people this year.

California’s population growth had slowed before the pandemic as baby boomers aged, younger generations had fewer children and more people moved to other states. But the state’s natural growth – more births than deaths – and its strong international immigration had been more than enough to offset those losses.

That changed in 2020, when the pandemic killed tens of thousands of people beyond what would be expected from natural causes, a category demographers call “excess deaths.” And this has led to a sharp drop in international immigration due to federal government travel restrictions and limited visas.

California people first fell that year, the first decline ever recorded. At the time, state officials believed it was an outlier, the result of a pandemic that turned the world upside down. But new estimates released by the California Department of Finance on Monday showed the trend continuing in 2021, although the decline was less than it had been in 2020.

State officials specifically pointed to international immigration losses. California gained 43,300 residents from other countries in 2021. But that was well below the annual average of 140,000 that was common before the pandemic.

“I don’t know if that surprises me,” said Walter Schwarm, California’s chief demographer. “It takes some time for the machinery of government and others to return to normal.”

But critics point to the steady stream of people leaving California as an indictment of state policies, which are set by Democrats in the governor’s office and the state legislature. About 280,000 more people left California for other states than here in 2021, continuing a decades-long trend.

“It’s not because we don’t have good weather” Republican Assemblyman Kevin Kiley jokedwho is running for Congress this year after failing to unseat Governor Gavin Newsom in last year’s recall election.

The impacts of the decline have already been felt, as California lost a seat in Congress for the first time after the US Census showed it did not grow as fast as other states. But the decline had no impact on the state’s net income. California had a record budget surplus last year and is on track for an even bigger one this year up to 68 billion dollars – mainly the result of a progressive tax structure and a disproportionate population of billionaires.

Things are changing in California, too, as record real estate prices force people to flee the quaint coastal population centers for the relatively cheaper havens of the Inland Empire and the vast Central Valley.

All but three of California’s coastal counties lost population in 2021 – including Southern California giants Los Angeles, Orange and San Diego – while inland counties saw steady growth as that the median price of existing single-family homes statewide hit a record high of $849,080 in March, a 2.6% increase from the previous record set in August.

Of the 10 largest cities in the state, half of them lost population: Los Angeles, San Francisco, Sacramento, Oakland and Anaheim. San Diego, the second most populous city in the state behind Los Angeles, edged up 2,958 people, or 0.2%. 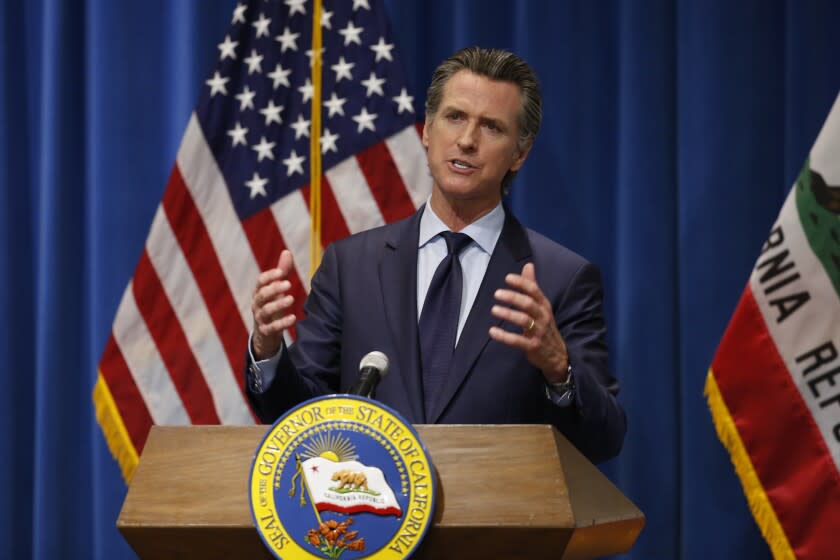