The Chicago-area art installation transforms thousands of government surveillance records of local Arabs and Muslims into an immersive community archive.

For filmmaker Assia Boundaoui’s predominantly Arab-American neighborhood in Bridgeview, Illinois, her 2017 feature documentary “The feeling of being watched” was proof, after years of FBI surveillance of their community, that they weren’t just paranoid.

“As far back as I can remember, everyone in my neighborhood has always felt that we were under government surveillance,” Boundaoui said. remember. “As a journalist, I wanted to investigate and find out what happened.” His reporting exposed a covert FBI investigation codenamed Operation Vulgar Betrayal, targeting largely immigrant Arab and Muslim American communities just outside Chicago in the 1990s and 2000s.

It was the FBI’s largest investigation into domestic terrorism in the United States before the September 11 attacks. “And it was focused on my neighborhood,” says Boundaoui.

The film had its world premiere at the 2018 Tribeca Film Festival. It was broadcast by PBS and won several prestigious journalism awards and grants. But for Boundaoui, who is also MIT Open Documentary Lab and Knight Wallace Journalism Fellow, the film only underscored how much work was still needed to understand how invasive and racialized state surveillance had impacted his hometown. .

This summer, from June 15 to July 9, she presented an immersive community archive and art studio at the Zakat Foundation of America, a central institution of Chicagoland’s Arab and Muslim community. The art installation is part of a larger initiative led by Boundaoui called the reverse monitoring project.

The co-created new media art installation takes the form of a life-size maze, reusing the thousands of government surveillance documents Boundaoui uncovered in his investigation to serve as a “canvas” for an immersive community archive.

“The preservation of this immersive community archive is our communities’ adamant refusal to let the racist, insidious, and distorted framing of the FBI’s Operation Vulgar Treason define our stories or impact how we see ourselves,” says the Boundaoui’s sister, Nouha, producer of the reverse surveillance project. Rather, through the community art project, they become a site of collective healing and reclamation of their own narrative.

Through this living archiving project, says Nouha Boundaoui, their community is “reimagining what safety and healing can look like for us.” The project also offers workshops in embroidery, art and empowerment, and community healing.

“We are deeply invested in representing the richness, fullness, nuance, complexity and beauty of our community on our own terms and reject the idea that we need to apologize, shrink or assimilate. to be accepted.”

As Assia Boundaoui was filming her film, she filed freedom of information requests to receive the recordings the government had made of her community. She was denied records. But after successfully suing the FBI, Boundaoui was granted access to 33,120 pages of files, spanning decades of FBI documents – only to find that much of the information had been redacted. .

“I had won. But I was still looking at thousands of pages of FBI documents full of black holes,” Boundaoui said. media. “I was extremely frustrated as a journalist and felt like I had hit a wall.” So she turned her frustration into power with the reverse surveillance project.

Boundaoui and his team say they are using machine learning to create counter-archives, using historical knowledge from FBI surveillance of other communities of color as well as the memories and lived experiences of local community members to fill in the expurgations.

“I call it a hybrid documentary project because the question is: where does the journalistic need for factual information end and where does the emotional desire for meaning enter?” she asks. “When we look at redactions, it’s not just about predicting what information might be missing. It’s more than that. Meaning is important too.

Participation for these workshops were limited to people identifying as Muslim and/or Arab who were subject to state surveillance. The team invites other people from BIPOC to visit the facility until July 9th. Those who do not identify with these marginalized identities are invited to provide support through a monetary donation.

Through the embroidery workshops, organizers say they aim to bring the community together to learn, relearn and practice embroidery and reflect on how the somatic experience of embroidery can be nurturing and healing. Community members contribute their own embroidered designs to a collaborative piece of embroidery that will become part of the Reverse Surveillance Project installation, as later displayed in museums across the country.

“Our workshop was inspired by the need for members of our community to have intentional time to reflect on their stories and share their stories in order to see the commonalities in our experiences and the things that move us or shape us,” said said Sadia Nawab.

A Bridgeview community member and senior director of arts and culture for the Downtown Chicago Muslim Action Network, Nawab helps lead one of the workshops with her co-facilitator Maryam Salem, who educates people on how to engage with nature in the forests of the Chicagoland area.

“We collaborated to include visualization in nature to practice being grounded on Earth with each other, and we also included an element of music creation with the aim of facilitating a creative and generative process together,” says Nawab. .

Organizers say this community-driven art and healing project is key to helping their neighborhood reclaim their own narrative of how they experience it themselves, as opposed to how outsiders have perceived them. through Operation Vulgar Betrayal.

“It’s an integral part of this healing process to speak our stories out loud to honor each other,” Nawab says. “By witnessing, listening, and receiving each other’s stories, memories, dreams, and desires, we strengthen our community by deepening connections and envisioning a future together.”

Tasmiha Khan is a freelance writer from the Chicago area. 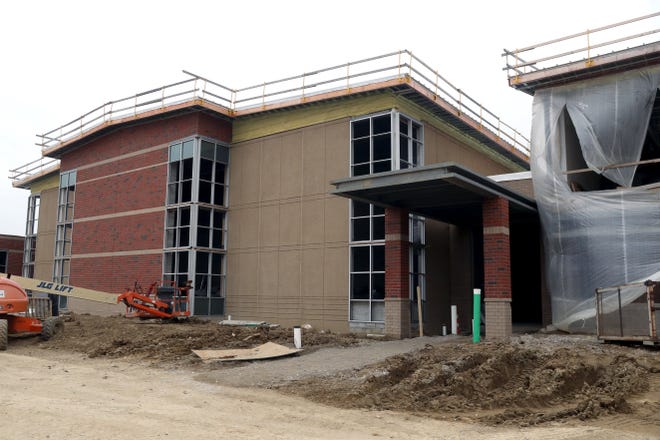 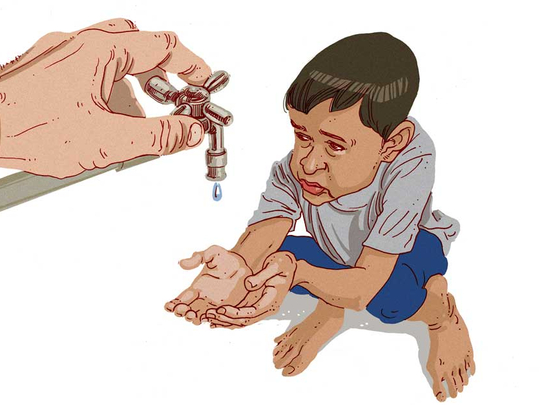