Drexel University, like many schools, has provided financial aid to students, including those transferring from community colleges, for many years.

But too many students didn’t know how much – or how to get it. Now, the private university has sweetened the pot by announcing a guarantee that those who meet admissions requirements and have an associate’s degree from a community college in Pennsylvania or New Jersey will receive a 50% discount on tuition, which currently stands at $56,595.

“If a student is attending community college and aspires to go on to a four-year university, he understands better in advance what Drexel would cost because we have that out in the open for him. said Evelyn Thimba, Senior Vice President of Enrollment Management. “It offers this net price transparency.”

The move comes as colleges across the country grapple with declining enrollment, in part due to the pandemic, but also due to fewer high school graduates. Many increasingly see transfer students as an important pool to tap into, and some others including Rosemont College, Pennsylvania State University Branch or Commonwealth Campuses, Pennsylvania State Universities, Bucknell, La Salle and Temple, also offer community college transfer scholarships.

Rosemont, where tuition is about $20,000, last year began offering a 50% discount to community college graduates from Bucks, Montgomery, and Delaware County Community Colleges, as well as the Community College of Philadelphia. This year, the program is expanding to all community colleges, said Mika Nash, provost and senior vice president of academic and student affairs. The move brought in an additional dozen transfer students last year, Nash said, a significant increase for a college of 750.

Drexel’s sticker price — nearly $76,000 a year for tuition, fees, and room and board — remains one of the highest in the region, though the school points out that a majority of students receive financial aid.

In the past, Drexel transfer students have received an average of $23,000 in institutional aid, or nearly 40% of tuition. Aid is based on academic merit and family income. The average aid for transfer students only from community colleges — who are often from low-income families — is a bit higher, she said. So the new tuition break, dubbed the Drexel Promise, won’t be much different for many of them, but it will benefit more students who may not have qualified for it. a lot of help in the past, she said.

READ MORE: One of John Fry’s reasons for staying in Drexel is the acquisition of the town’s history museum: ‘I want to go all the way’

The new program takes effect for students entering in 2023, which means that even with the tuition break, transfers will still have a tuition bill of $28,297. Some of this could be offset by federal or state aid or participation in Drexel’s co-op program, in which students get six months of paid work experiences as part of their studies. The median salary for full-time co-op jobs is around $19,000.

“We really wanted to focus first and foremost on our backyard,” Thimba said.

Drexel’s new initiative has been well received by the Pennsylvania Commission for Community Colleges and its Council of Presidents.

“Drexel is a model for making higher education more affordable in Pennsylvania and is just one of many partnerships community colleges have with private institutions here in the Commonwealth,” said Elizabeth A. Bolden, president and CEO of the direction of the commission, in a press release. “We are thrilled to see Drexel working to support these well-prepared community college graduates.”

The Community College of Philadelphia also praised the effort, just because Drexel is one of its main partner schools.

“As a minority-serving institution that values ​​making education accessible and affordable, and already offers many transfer opportunities to four-year schools, including Drexel, we are pleasantly surprised to see this arrangement move forward,” Shannon McLaughlin Rooney said. , vice president of enrollment management and strategic communications. “This tuition break will help many of our transfer students into various programs, providing a direct path to a bachelor’s degree at a reduced cost.”

Penn State’s Commonwealth Campuses in 2020 began offering annual scholarships of $6,500 per year to transfer students from neighboring states, including Delaware, Maryland, New Jersey, New York, Ohio, and Virginia- Western, as well as Virginia and Washington, D.C. Out-of-state tuition for these campuses cost between about $22,000 and $26,000, so the scholarship is about a quarter of the cost.

The university’s Commonwealth campuses also plan to roll out a new scholarship program for Pennsylvania community colleges next week, offering up to $7,000 over two years, spokeswoman Lisa Powers said. Annual in-state tuition at these campuses ranges from around $13,500 to nearly $15,400.

Temple has offered more than 1,200 additional scholarships this year, between $1,000 and $3,000, to incoming transfer students. They went to community college transfer students with at least a 3.0 GPA, said Shawn Abbott, vice provost for admissions, financial aid and enrollment management. Tuition and annual fees at Temple for an in-state student range from approximately $17,000 to $24,000, depending on the student’s academic program.

Pennsylvania State Universities, which has frozen annual tuition at $7,716 for four years, is also offering financial support for transfers, said Kevin Hensil, a spokesman for the Pennsylvania State System of Higher Education.

“Many of our universities have expanded or created scholarship funds or transfer student discounts using some of the additional $75 million in state funding and $125 million in one-time funding from the new state budget,” he said.

At Drexel, the new effort should help the school retain students transferring there, Thimba said.

“We know that funding has always been a barrier for students, especially students coming from community colleges,” she said.

It’s also why Drexel requires students to have completed community college to be eligible, Thimba said. That means they’ll have a greater likelihood of finishing at Drexel, where they must maintain a 2.0 GPA to keep the tuition break, she said.

The program is also an opportunity for Drexel to increase enrollment at those schools, she said, although enrollment at community colleges in Pennsylvania has also declined, by about 20% since the pandemic, from 111 616 in fall 2019 to 89,375 in fall 2021, according to the commission. Drexel expects a freshman class of about 2,900 this year, up about 5% from last year, she said. Thimba did not have overall enrollment projections for the fall.

“We see this as a potential way to attract students for sure,” she said. “We also see this as a way to improve access for students who might not otherwise consider Drexel.”

Next A vacant eyesore on Seaman Street in East Toledo 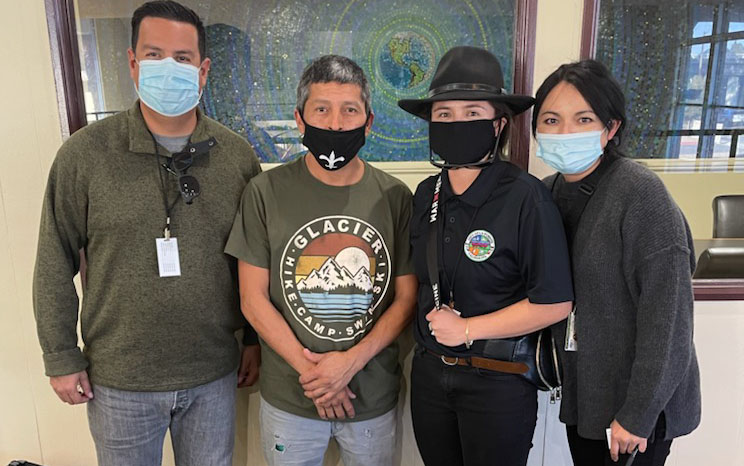