Data recently released by the US Census Bureau shows that Oklahoma’s population growth exceeded most of the country from July 2020 to July 2021, primarily due to an influx of people moving into Oklahoma from other states.

This population increase coincided with the lifting of most COVID restrictions in Oklahoma, although mandates were maintained in other states. Governor Kevin Stitt’s administration sees a strong correlation between Oklahoma’s growth and the governor’s focus on maximizing citizen freedom.

“There’s nothing more powerful than voting with your feet and it’s no surprise that Americans choose Oklahoma thanks to Governor Stitt’s leadership in protecting individual liberties and keeping Oklahoma open for business.” said Charlie Hannema, chief communications officer for Stitt. “We continue to target businesses in states with more oppressive regulations and Oklahoma is well positioned to benefit from this national population shift.”

When discussing the reopening process in May 2020, Stitt predicted Oklahoma could become a national leader.

“People are sick of lockdowns and they’re sick of being told what they can do. … My business has never been better from the perspective of people coming here. —Monty Strickland , real estate agent

Now new Data from the U.S. Census Bureau shows that Oklahoma ranked 16th out of 50 states in population growth from July 2020 to July 2021, measured as percentage growth.

Oklahoma experienced population growth of 0.6% during the year. The state added a valued 24,608 people from July 2020 to July 2021. Of this total, 24,687 people were added by internal migration from other states while 1,523 were added by international migration. This influx compensated for a slight decline in the native population, as the number of deaths slightly exceeded the number of births.

In the immediate region, only Texas saw better growth. Otherwise, Oklahoma fared much better than all the other states that border it. Excluding Texas, net in-migration to Oklahoma was at least 54% greater than what occurred in all other bordering states. The net number of people who moved to Oklahoma from other states (24,687) was nearly equal to the net number of national migrants from Colorado and Missouri combined.

The remaining states all experienced population growth between 0.01% and 0.5%.

The fact that many people are moving to Oklahoma defies the predictions of some critics who claim that Oklahoma’s conservative political environment drives more people away than it attracts. Such views were endorsed earlier this year by participants at a meeting in June panel organized by the Oklahoma Conference of Churches titled “Is America a ‘Basically Racist Nation’? A perspective of faith.

Much of the focus of this panel was on the enactment of Bill of 1775which prohibited K-12 schools in Oklahoma from teaching several concepts widely associated with critical race theory, including that “one race or sex is inherently superior to another race or sex” and that “an individual, by virtue of race or gender, is inherently racist, sexist or oppressive, consciously or unconsciously.

“Everyone around us despises this state,” said Lawrence Ware, assistant professor of education and diversity liaison in the philosophy department at Oklahoma State University. “And they despise this state because of these kinds of laws. Many, many friends of mine refuse to return to this condition. Many, many people who are not from this state do not want to come here.

“There are so many people I have contact with who say to me, ‘I’m leaving Oklahoma. I’m out of here. It’s not safe for me here. I can’t be there,” said Shannon Fleck, executive director of the Oklahoma Conference of Churches. “And I don’t blame them.”

She added that “Oklahoma’s future is literally leaving Oklahoma’s borders because of the laws that are being passed.”

But those who interact directly with people now moving to Oklahoma say the state’s political climate is part of the draw for new residents, not just in terms of COVID restrictions, but also when it comes to political debates. wider.

“I’ve been in real estate for 20 years now, and in the last two years I’ve seen more people contact me from other states or other parts of the country who wanted to move here,” said Monty Strickland, president 2021 from MLSOK. , a local association of real estate agents. “I’ve helped people from California, South Carolina, Austin, Chicago. I mean, they come from everywhere. And I think there are several reasons, one being the political climate. Historically, we’re a pretty conservative state, which I appreciate and that’s why I’m here personally. And people are tired of lockdowns and they’re tired of being told what they can do, where they can go. Fortunately, our governor did not lead us down this path. We took the conservative approach and it worked. My business has never been better from the perspective of people coming here.

Strickland said Oklahoma’s relatively low cost of living also played a role. While the median home price in the Oklahoma market has increased by $50,000 over the past two years, the average home price is still lower than markets in many states, sometimes significantly spectacular.

The fact that most Oklahoma schools remained open through the 2020-2021 school year also made the state attractive to people looking to relocate, he said.

“It was just kind of the perfect storm,” Strickland said, “for people who wanted to get a little piece of the Oklahoma pie.” 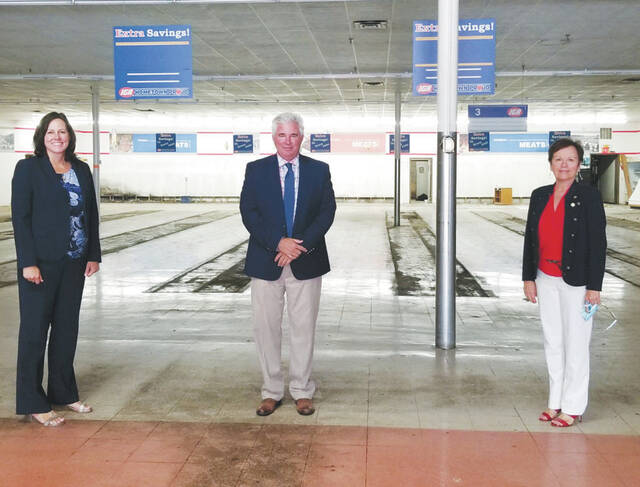